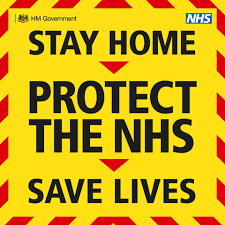 It’s pretty clear that some well-established behavioural change techniques were employed by the UK government to enable us to “flatten the curve” and thus avoid the Covid19 pandemic overwhelming the NHS. Daily press briefings with a focus on the number of deaths and endless media doom-mongering have created a climate of fear. Recent surveys suggest large numbers of people are anxious and scared to go out, let alone return to work. It is also reported that the government has been surprised at the level of compliance with their lockdown order and the support for it continuing.

In terms of human behaviour change techniques (BCTs), the simple 3-part message: “Stay at home – Protect the NHS – Save lives”, was clear and unambiguous. It defined a simple behaviour (stay at home) and stated benefits that everyone could sign-up to. It was a positive message because it’s well-known that negative messages and coercive BCTs are ineffective (does anyone believe that Donald Trump’s criticisms of journalists have changed their behaviour?).

No doubt it also suited the government’s agenda to have the media hyping-up the fear with reports on individuals’ deaths (and I’m not suggesting these deaths were not tragic) and cameras inside hospital Intensive Care Units filming and interviewing clearly over-worked and highly-stressed staff. All the financial support for employers and employees was another key part of the BCT toolkit, by providing organisations and individuals with incentives to work from home.

The building of the Nightingale hospitals was not just about creating capacity for the NHS, it was also an environmental restructuring BCT. By designing and building these hospitals on such a scale in extraordinarily short timescales, it sent more reinforcing signals to the public to follow the government’s instructions.

I’ve written about Susan Mitchie’s Behaviour Change Wheel and the COM-B Model before and this identifies 9 “Intervention Functions” and 7 “Policy Categories” that can be used to enable behavioural change. 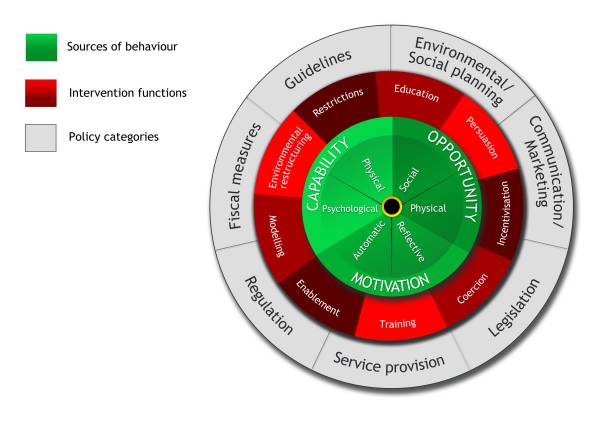 Mitchie has published research that shows, typically, 9-11 different BCTs were required to create successful change in areas such as obesity and smoking. If I had time (I don’t), I would map all the techniques I’m aware have been used by the government in the Covid19 crisis and I’m certain that there are BCTs in all the Intervention and Policy areas.

The problem the government has now is getting the country back to some semblance of normality while avoiding the risk of a so-called second wave. While they are, no doubt, concerned to avoid more deaths, they will be equally concerned about their ability to stay in government!

How scared should we be? Professor David Spiegelhalter, speaking on the Andrew Marr show today, said:

He also said: “The daily press briefings are completely embarrassing. Not trustworthy communication of statistics. A missed opportunity. People get fed “number theatre”.”

If you want to understand the risks associated with Covid19, it’s well worth watching Professor David Spiegelhalter on the Andrew Marr show this morning. (Starts at 46 minutes): https://www.bbc.co.uk/iplayer/episode/m000j4vd/the-andrew-marr-show-10052020

“Forecasting is hard; particularly of the future” (Mark Twain)

Here are some of my predictions for the behavioural change techniques that we will see over the coming weeks, that will attempt to shape our behaviours. I’ve categorised them in the 7 COM-B Policy Categories:

Communication: The messaging from the government about what they want us to do will be more ambiguous. Stay home, protect the NHS, save lives was clear.

Control the virus is not something individuals can do. All the other messages here are, in my opinion, deliberately ambiguous:

The purpose of the ambiguity is to enable people to make their own decisions about what they do or don’t do. Everyone can and will interpret these differently.

Reporting of daily deaths will give way to weekly updates and there will be more emphasis on showing moving average trend graphs to smooth the peaks and troughs that will, inevitably, still occur. The comparisons with non-UK performance will be dropped.

The media narrative will continue to look for people to blame (for the deaths, PPE shortages, lack of tests etc.) but will also move on to stories about how individuals and organisations are “returning to normal” or “designing a new normal”. There will be more stories about people who have recovered and more on treatments and vaccines.

Guidelines: The so-called roadmap will provide guidance on what people and businesses can do; there will be no prescriptive requirements. For example, the wearing of facemasks won’t be made compulsory; it will be left up to individuals and businesses. Although the over-70s are at greater risk of Covid19, there will be no compulsory shielding. It will be up to individuals to decide, based on their own risk factors (e.g. underlying conditions), what they do.

Fiscal measures: Because of the economic burden of the various current financial incentives, some will be tapered down and some turned off. With the furlough scheme paying 80% of people’s wages, many will see this as a disincentive to return to work as they are having free time and no travel expenses. Tapering the 80% down (60% has been suggested) is likely to tip more people back into work. There is a problem with incentivising public sector staff back to work because they have continued to be paid 100%.

Regulation: The police have had a hard time (particularly recently) enforcing the lockdown legislation and, although some people have been fined (mostly young males), it’s been a virtually impossible situation for the police. I think all attempts at enforcement will be dropped because there will be so many variants of what is allowed over the coming months. Consequently, there will be fewer perceived adverse consequences of people’s behaviour “returning to normal”. The Unions are already saying they want guarantees that their members and the public will be “safe” if they return to work. Unfortunately, there is no such thing as “safe”, there are only different levels of risk.

Environmental and Social Planning: We will continue to see marked-out spaces in shops and the big supermarkets but they will probably be reduced from 2 metres to 1 metre (which is what the WHO recommends). They will continue to manage the number of people inside at any one time. Small shops will probably employ a one-in, one-out approach. Because people will want to avoid public transport, there will be more cars on the roads. Local authorities will want to discourage this, so parking charges will be increased and some roads made car-free, to encourage people to work from home or to cycle (apparently, around 2/3 of journeys are of less than 5 miles). There will be hand-sanitiser points in many more places and lots more signs about making “washing your hands” much more of a habit (this is still one of the most effective ways to prevent the spread of the virus). Given that the virus will be with us for a long time (irrespective of whether or not there is a vaccine), those who contract it will still need to be isolated.

Service provision: We will probably see Covid and non-Covid hospitals and care homes, and maybe other temporary shelter places (isolating at home is one of the main ways the virus has been spread among families).

Whatever BCTs the government employs, there will be unanticipated consequences. Getting us out of lockdown is not a trade-off between health (or deaths) and the economy; it’s a trade-off between health and health. In his interview on the Andrew Marr show, David Spiegelhalter said that he felt Excess Deaths was one of the most important indicators of what is happening during the pandemic. Excess deaths for the 4 weeks to 24/4/20 were nearly double the norm (79k vs 42k). Only 27k have CV19 on the death certificate. That leaves ~3k deaths per week “unexplained”. Many have been attributed to the disruption to the healthcare system – deaths happening out of hospitals that we wouldn’t have expected at this time of year. More than half the deaths in Care Homes are not being labeled as CV19; people not going to hospitals for treatment.

From a behavioural change perspective, I think there are several key learning points:

I certainly wouldn’t want to be making the decisions that the government has to in this complex situation. Health permitting (!), I will revisit my predictions in 3 months.

Bear in mind that well-known phrase “Forecasting is hard; particularly of the future“.

(My 3 learning points are drawn from my reading of Daniel Kahnemen’s “Thinking, fast and slow“.)

« People get fed “number theatre” in the daily Covid19 press briefings.
We do not need “more complicated communication” »